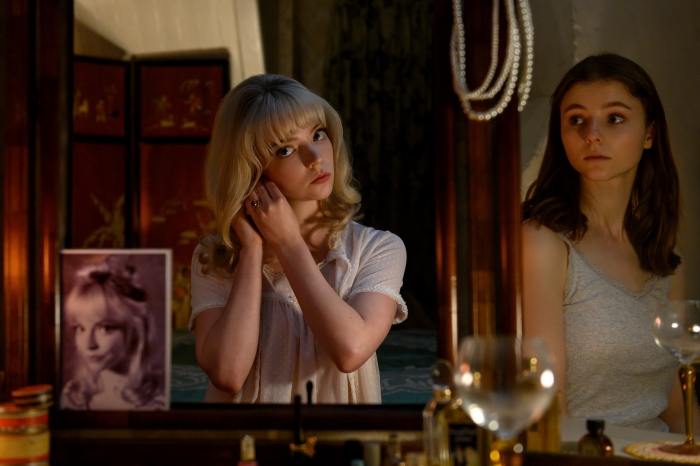 Edgar Wright’s Last Night in Soho works well to craft a film that just hits its mark as it juggles a lot to present a cohesive film.

Edgar Wright is back on the silver screen after his Academy Award-nominated film, Baby Driver. Yes, it has been four years since the last time we saw something new from the English director known for films such as Hot Fuzz, Shaun of the Dead, and Scott Pilgrim vs. The World. Last Night in Soho like a lot of films released this year was supposed to be released last year but after two delays it finally graced the silver screen. Does this rank up there with the rest of his films? How does the latest Edgar Wright movie stack up against his filmography?

Last Night in Soho is directed by Edgar Wright from a script by Wright and Krysty Wilson-Cairns based on a story by Wright himself. The film stars Thomasin McKenzie, Anya Taylor-Joy, Matt Smith, Michael Ajao, Terence Stamp, and Diana Rigg. The film follows Ellie played by McKenzie, as a young adult who lost her mother at a young age going off to fashion school to become a designer in London. Ellie is in love with the music and overall design of the ’60s. She does not really seem to fit in at her dormitory with the other housemates so she seeks out a new living arrangement. Ellie finds herself at a new flat in London that takes her on a journey of visions of 60’s London and an aspiring singer, Sandie. Thus, after an exploration of these visions things start to spiral out of control.

Last Night in Soho works most of the time when it is not juggling a convoluted third act and uneven pacing. The film is shot by Chung Chung-hoon who is well known for collaborating with South Korean auteur, Park Chan-wook. The cinematography works for the film and what it is doing but having someone like Chung-hoon as DP you’d think that it would have more style to it. The performances are fine but of course, Thomasin McKenzie and Anya Taylor-Joy give some well nuanced and interesting performances. The story is interesting and Wright trying to bend genres like horror, Giallo, and a drama together makes for an interesting film but it falls under the weight of a lackluster second half. The film explores important themes about the personal agency of victims that deserve their own separate conversation. I commend Wright on basing this part of the film on many victims’ stories that he talked to. If it did not have many problems like its script then this would be another hit from Edgar Wright, but I still recommend people go watch this. It is still very much an Edgar Wright film and fans of that will be satisfied.

Watch Last Night in Soho in theatres and will be available soon on PVOD. 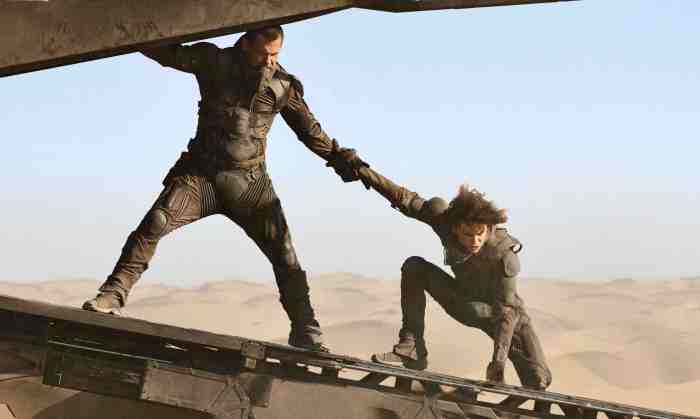 Let the spice flow. These nerds finally sit down to talk about Dune (2021) and this time they are joined by Luis our writer here at The Nerd Corps! The crew talk about the performances, scope, score, and much more about the film. What did they think about this monumental film? Listen and find out!

IMDb Synopsis: “Feature adaptation of Frank Herbert’s science fiction novel, about the son of a noble family entrusted with the protection of the most valuable asset and most vital element in the galaxy.” 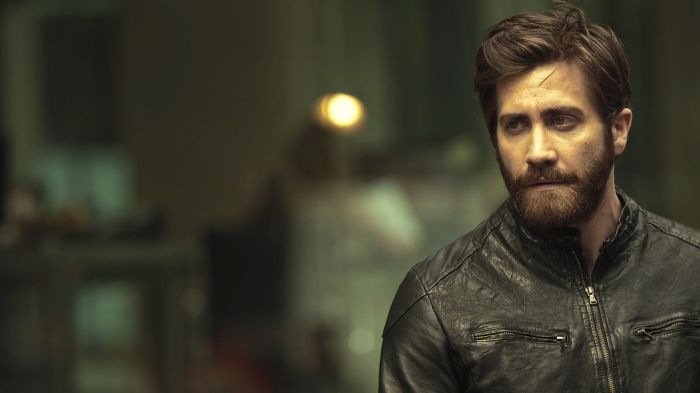 As we begin to celebrate French Canadian director, Denis Villeneuve, this month we go back a bit earlier into his career. We kick off this month with his psychological thriller film, Enemy. This is a film that both nerds have not seen yet. Both of them are no strangers to the films of Denis Villeneuve though so this is an interesting one to start with. What did they think of the movie? Check out the episode and find out!

IMDb Synopsis: “A man seeks out his exact look-alike after spotting him in a movie.” 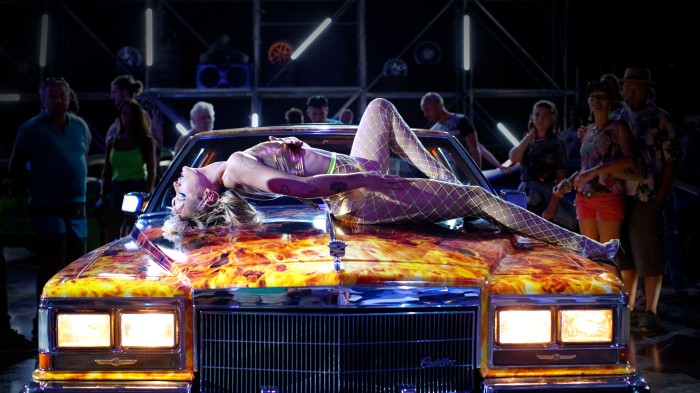 If you know me, you know that I have been eagerly and anxiously awaiting this film. I knew about Julia Docournau’s first film, Raw, and when she won the Palme d’Or my anticipation for Titane shot right up. That first trailer dropped and I could not stop watching it, so before I could get to this film I had to finally check out Docournau’s first film. I loved Raw and hope to write a piece on that very soon. Sadly, I was not able to watch this in the theatre as the closest one stopped showing it after a week and it was too far from me, so I waited until this was finally released for rental/purchase. Of course, France has officially selected the film to be their entry for Best International Feature Film at next year’s Academy Awards. Did Titane crash and burn or was it another strong outing from Julia Docournau?

Titane is written and directed by French Palme d’Or winning director, Julia Docournau. The film stars Agathe Rousselle, Vincent Lindon, Garance Marillier, and Laïs Salameh. Docouranu reunites with her cinematographer from Raw, Ruben Impens. The film also features a score by Jim Williams. Titane looks at the journey of a car model Alexia who has a titanium plate inside her skull after experiencing a car crash at a young age. Throughout the film, we embark on this quest for Alexia to find a chosen family as she escapes the perils of her own personal life. If you know anything about Julia Docournau, you know that this is a body horror film and does not stop to incorporate that into the very foundation of her movie.

Titane is the epitome of cinematic boldness and a truly uncompromising vision that excels on all of its expectations from the get-go. I know it is hard to think about it this way but Titane is beautiful in every single way. The film heavily discusses themes like chosen family, gender identity, and unconditional love. Agathe Rousselle’s performance as Alexia is well thought out even though so aggressive is so easy to sympathize with. She brings so much love and cares for the character that it is so hard to believe she has never acted a day in her life before. Of course, it is not just Rousselle who excels in this but Vincent Lindon is magical and encapsulates an old man who fears growing old in his weakening body. The musical choices for the soundtrack blend so well to continue telling the story of Alexia within the movie. The film’s cinematography is so rich and lit beautifully that truly sets it apart from Raw while keeping true to Docournau’s style.

Titane works well to create a film that will be a big piece of discussion in the coming months leading into the Academy Awards. I am all aboard the Julia Docournau hype train and cannot wait for what comes next in her career. I hope to see Agathe Rousselle in more films because she is truly a talented up-and-coming actress. I am sure that this film will not escape my mind anytime soon. This will definitely receive rewatches as time goes by because it is that damn good of a film.

Watch Titane by renting or purchasing it on most video rental services. 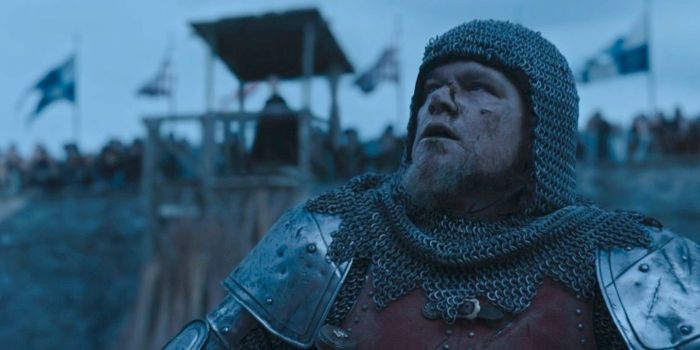 Ridley Scott’s newest film is a strong piece of art about the importance of the truth and how others perceive that truth.

Ridley Scott’s latest film has been released and it is definitely for better or worse making its rounds at the box office. When the film was first announced, audiences were a bit apprehensive given the subject matter of sexual assault. I will admit that I was one of those who was apprehensive but the trailer really sold me on the film. I was able to go watch this at my local theatre on a big screen with some tasty popcorn. Did The Last Duel satisfy or did it disappoint?

The Last Duel is directed by Sir Ridley Scott, written by Nicole Holofcener, Ben Affleck, and Matt Damon as it adapts The Last Duel: A True Story of Trial by Combat in Medieval France by Eric Jager. The film stars Matt Damon, Adam Driver, Jodie Comer, and Ben Affleck in a story set in Medieval France as Jean de Carrouges (Matt Damon) challenge Jacques Le Gris (Adam Driver) to a duel after Le Gris rapes Carrouges’s wife, Marguerite (Jodie Comer). The duel comes into play because of Le Gris’s close bond with Count Pierre d’Alençon played by Ben Affleck. Scott returns to work with his longtime cinematographer Dariusz Wolski who excels in the visual component of the film. The film has been underperforming at the box office as it competes against its budget of 100 million.

The Last Duel works better than expected and that is truly the most surprising aspect of this interesting structure that calls back to films like Akira Kurosawa’s Rashomon. Each chapter has a writer but most importantly, each chapter has a perception of the story and how those in the story are presented. The performances are strong but it is the incredible Jodie Comer who provides us with one of the best performances of the year. Comer carries her character with such poise and nuance that you can feel radiating off the screen. This is not to say that Damon and Driver do not try their best along with Affleck’s odd performance as the Count. The writing is one of its strengths but the pace is a bit dragged in chapter two before we get to the third chapter. Even though the pace is not the best and you definitely feel every minute of this runtime the writing is strong enough to keep us enthralled.

I am sure that Jodie Comer will receive the best actress nomination along with those who worked on the costume and production design of the film. We never know where awards season will go but Comer is definitely a front runner. Do not let the underperformance at the box office steer you away from watching, The Last Duel carefully and respectfully discusses the sexism and presence of rape culture that dates back to Medieval times. We are left with the reminder that even if the victim wins the trial they still carry the weight of the trauma with them long after.

Watch The Last Duel in theatres and there are no words yet about a VOD release yet.

Subscribe to receive notifications of when posts go live! Keep up to date with us one email at a time!